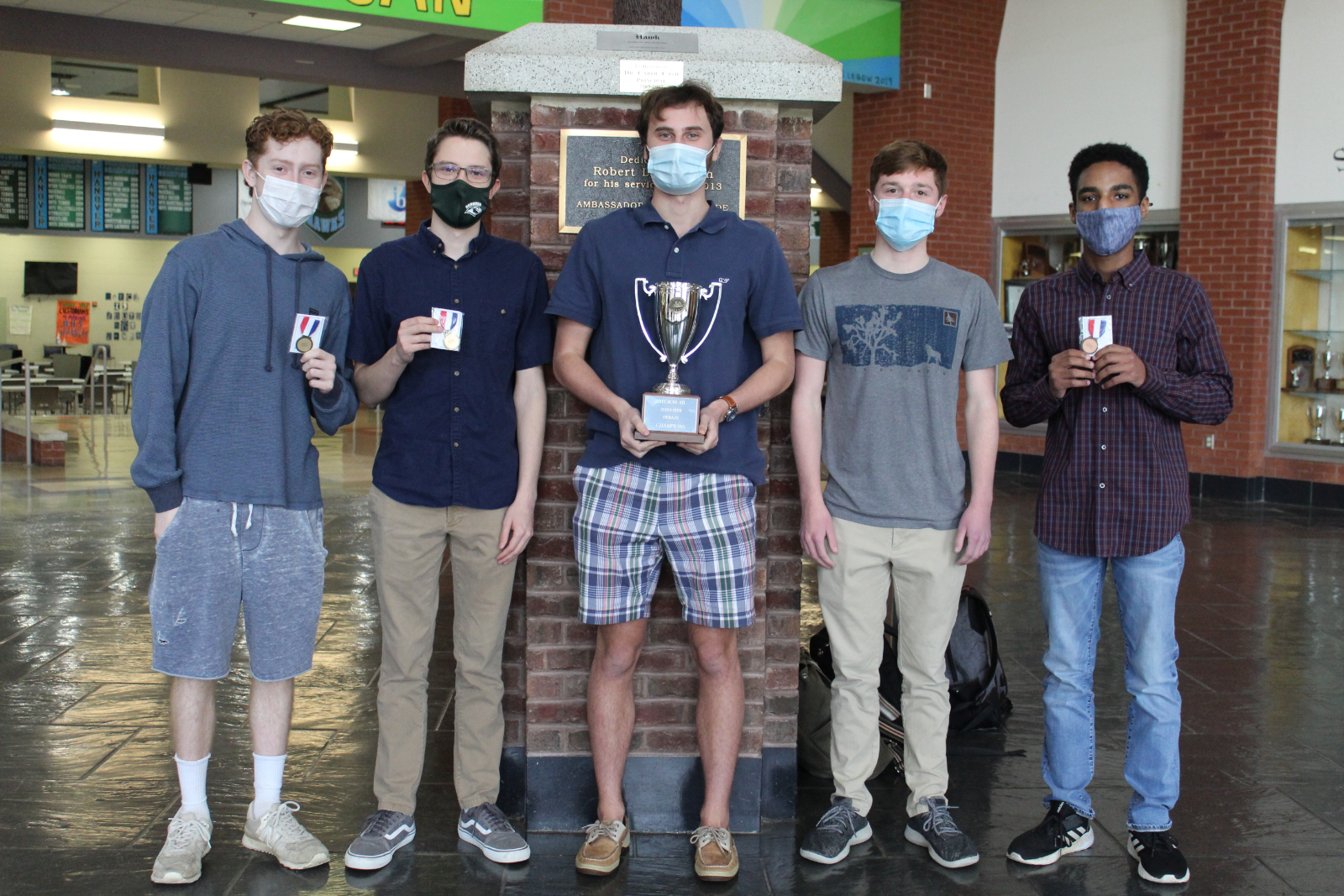 The Hanover Hawk debate team earned top marks at the March 20th Regional Tournament. Not only did the team win 1st place, but our Hawks also placed first in both debate categories. In Lincoln Douglas, a one v. one debate based on a value premise and criterion, Irma Adams won 1st place while Brett Ratchford placed 4th. In Public Forum, a two v. two debate on a particular current event, the duo of Julian Millan and Jacob Eisele placed first while Charles Adams and Amir White placed third. All six Hawks move on to Superregionals which will take place on April 3rd! Go team!

Thanks to Debate Team Coach, Caroline Bare for the story and photo.  Congratulations to the Debate Team and good luck at the Superregional competition.