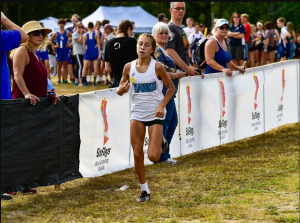 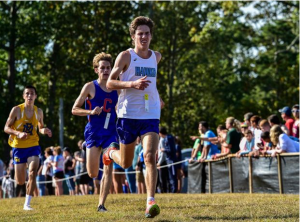 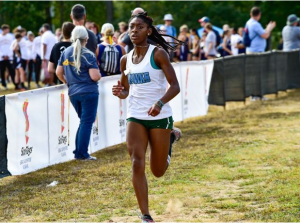 On Saturday, September 28, the Hanover cross country team competed in the state of New Jersey for the first time in school history, and it proved to be well worth the trip.

The girls’ varsity squad excelled on the flat and fast course at Six Flags Great Adventure in Jackson, NJ. Freshman Alli Crytser put forth a phenomenal effort, clocking in at 18:27 for 5K to win the Girls Varsity B Division race at the Six Flags Wild Safari Invitational. Crytser’s victory propelled the Hawks to a third place finish out of 15 teams in the Girls Varsity B Division with 96 points.  Crytser was joined on the varsity squad by Makenzie Joiner (20th/21:15), Erika Osborn (26th/21:31), Delaney Childs (27th/21:40), and Bella Faudale (32nd/22:06).

In total, 13 Hawk harriers ran their personal best time in New Jersey, with six others running a season best time.  See below for a complete list of results from Hanover’s runners:

The Hawks take to the course again this Saturday, October 5 for the Great American Cross Country Festival at WakeMed Soccer Park in Cary, NC.