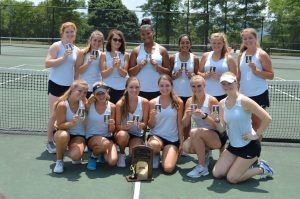 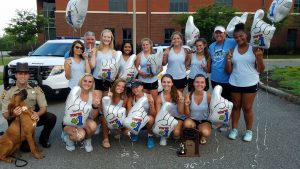 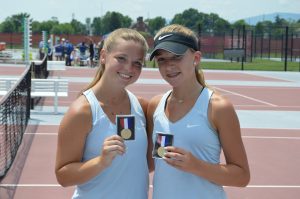 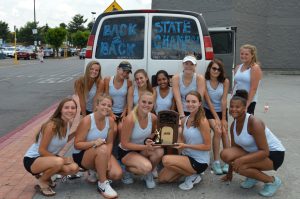 Congratulations to the Hanover High Girls Tennis Team and Coach Lindsey Hein on winning their second consecutive 4A State Championship!  The team defeated John Handley High School with a score of 5-2. Hanover’s doubles team of Madison Moore and Raine Weis won the doubles title as well. This was Madison’s second consecutive championship as she and Stephi Brousard were last year’s champs. The team received a police escort home to a welcoming party of family and friends. Hanover finishes the season with a record of 22-0, two straight years with an undefeated record! 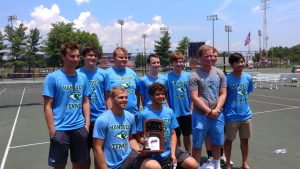